Online hate speech is not only a symptom, but also a catalyzer of polarization. Hate speech does not only hurt targeted groups and individuals, but also increases intergroup resentment, fortifies negative attitudes, and hampers nuanced and productive online discussions.

Within the Hate Speech Lab we develop reliable methods for detecting hate speech by automated text-analyses, a theoretical framework to explain hate speech, and online interventions and educational programs to prevent hate speech. An important consideration of the Hate Speech Lab is that technology or interventions should not be used to impede freedom of expression, while at the same time ethnic, cultural, and political diversity should be allowed to thrive safely online.

The Hate Speech Lab is a collaboration between communication scientists and computational linguists of the Vrije Universiteit Amsterdam, and societal actors such as developer of educational programs TMI Academy. 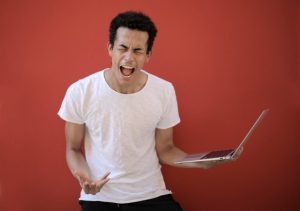