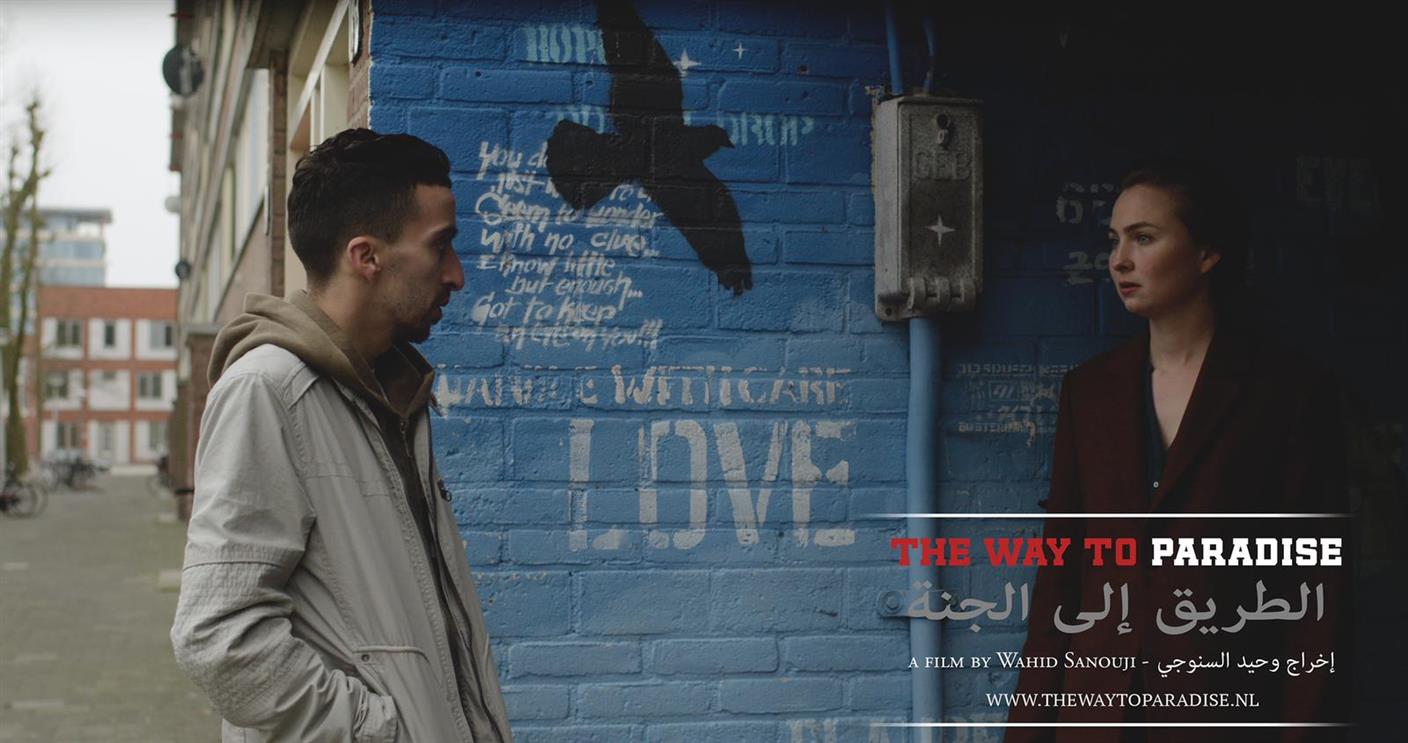 The film tells the story of Najib (Aziz Akazim), a young man from Amsterdam with a seemingly promising future as a lawyer. When his brother Said (Chems Eddine Amar) is arrested, the tide seems to be turning. While Najib’s mother does everything she can to keep the appearance of a normal family, his father slowly separates himself, which drives the family further and further apart. Najib tries to create stability in other areas of his life, but fails in doing so and feels out of place everywhere he goes. In his quest for meaning, he meets Bra24him (Mamoun Elyounoussi), who tells him that there is only one way to paradise….

The Way to Paradise is a touching film that provides recognition for many viewers. The movie is also recommended for those who do not recognize themselves in the story line.