The inclusion of refugees in Dutch society is a subject that concerns many. Since 2015, the focus on this topic and the commitment of national and local governments, companies, and NGOs to facilitate integration and inclusion has increased considerably. Nevertheless, we see that these efforts, especially with regard to the inclusion of newcomers on the labor market and the possibility of undertaking a suitable career, are not yet leading to sufficient results. Many studies show that having a job that matches one’s abilities and quality is essential for rebuilding a positive self-image and for being able to contribute to society. But long-term inclusion in Dutch organizations remains difficult, even when organizations have an explicit policy for the inclusion of newcomers. The blame is not on the good intentions. We know from research that subtle mechanisms, which are often not clearly visible, can lead to expression, even when inclusion is the intention.

In order to get a better grasp of the dynamic field in which the many initiatives that deal with the inclusion of refugees in Dutch society are located, the Refugee Academy organized a master class on Thursday 28 November and Monday 9 December for initiatives involved in the Breakfast Club, a network of organizations in and around Amsterdam.

The focus of the master class was to look at the subtle mechanisms that operate within organizations, institutions or in dominant images in society. Initiatives such as those affiliated with the Breakfast Club play an important role in welcoming, familiarizing, supporting and collaborating with many newcomers. They offer a chance for a great start to a new life in the Netherlands. That is why it is important to get a better grip on the possibility of initiatives to counterbalance exclusionary patterns that work in the outside world. The master class aims to increase the insight of participants on the potential of their initiative in this:

In what way does our initiative resist these subtle mechanisms of exclusion, and thus contribute to inclusion? What are the risks of specifically reproducing these unconscious exclusion mechanisms, also within our initiative?

During the first session, Prof. Dr. Halleh Ghorashi gave a lecture on the concept of “alterity”, after which everyone could brainstorm together about what this concept could mean in the context of everyone’s own initiative. During the second session, experiences from everybody’s own initiative were discussed more in-depth, and the focus was more on thinking about the current position and future of the initiatives in relation to each other.

After two intensive master class sessions, the message was clear: inclusion is not an end goal, but a process of becoming. The concept of “alterity” can help us in this process to continuously reflect on the work we are working on, and what its real significance is for the everyday life of refugees. 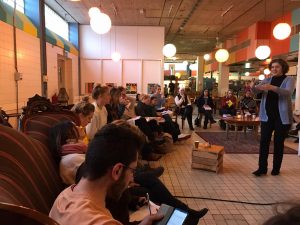 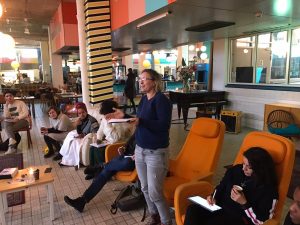 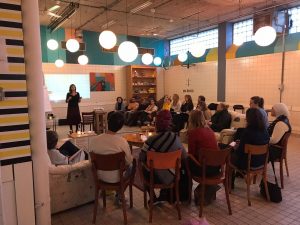 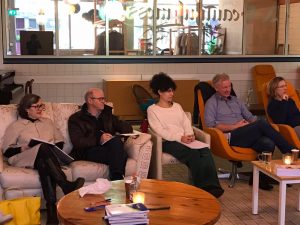 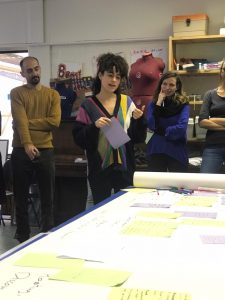 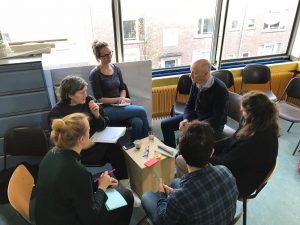 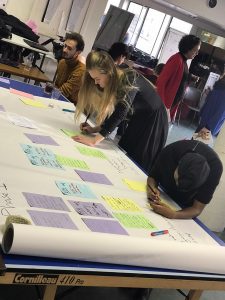 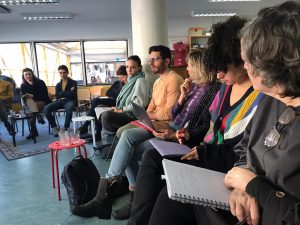